Chair of Studies in ISLAMIC CIVILIZATION and Renewal of Religious Thought

An interview on the occasion of the seminar "Islamic Thought and Women's Liberation. Analytical and Critical Approach to Islamic Rhetoric concerning Women", imparted in Granada at the Euro-Arab Foundation's headquarters from 1 to 4 March, 2016, which counts with the participation of the researchers Asma Lamrabet and Natalia Andujar as speakers.

The seminar is part of the series imparted between January and June, 2016, within the framework of the Chair of Studies in Islamic Civilization and Renewal of Religious Thought. It tackles women's issues in Islam and the ensuing discussion regarding women's rights and gender equality.

This seminar series is organised by the Euro-Arab Foundation under the auspices of the Mominoun Without Borders Foundation and in collaboration with the Institute of Granada for Higher Education and Research.

ASMA LAMRABET is a researcher in Islam and women's issues. Lamrabet presides the Centre for Studies and Research in women's issues at the Muhammadiyah Association of Scholars of Islam in Morocco. She was granted the Arab Women Prize in Social Sciences in 2013 for her book published in French titled Women and Men in Quran… ¿Any equality?.

(The interview is in Spanish language.) 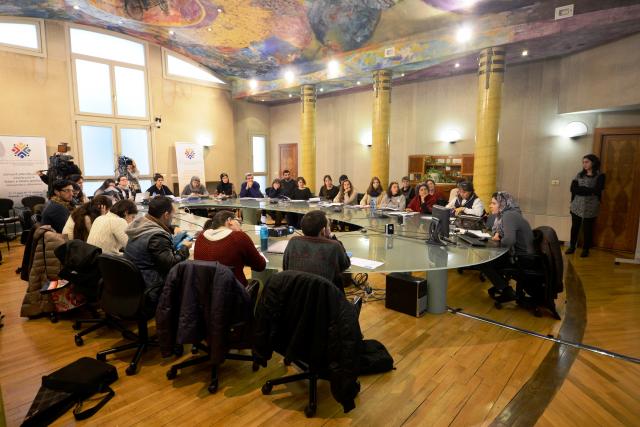