Project developed by the Euro-Arab Foundation and the University of Granada with the collaboration of the Guardia Civil (part of Spanish State Security Forces) and AGENFOR (Italy), and sponsored by the Spanish Ministry of Economy and Business.
September 06, 2016 Read more... 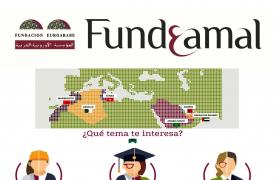 FUNDEAMAL, a web portal on employability in Arab countries

"Fundeamal" is a project of the Euro-Arab Foundation that offers, through a web portal, information on employability and research stays and scholarships in Arab countries. This project was born under the sponsorship of the Andalusian Government and the European Social Fund.
June 16, 2016 Read more... 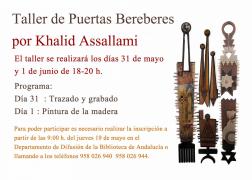 The main aim of the workshop is to showcase the richness of the traditional Amazigh craft and culture (Berber), a culture with a strong spiritual component and very much bound to earth and history. The workshop will be held on 31 May and 1 June, 2016, at the Andalusian Library and is part of the International Chair of Amazigh Culture.
May 30, 2016 Read more... 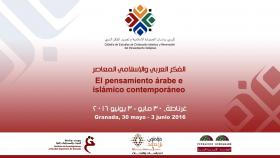 From 30 May to 3 June, will be held the fifth and last seminar among the series that has taken place since January as part of the Chair of Studies in Islamic Civilization and Renewal of Religious Thought. Two well-known experts will impart the seminar: Dr. Said Bensaid Al-Alaoui and Dr. Abdullah Al-Sayed Ould Abah.
May 30, 2016 Read more...

Exhibition "A Shelter for Refugees in Atalbeitar. An Opportunity for Peace"

IGUMDAN Extends its Exhibition Period till 13 May, 2016

Due to public interest in Granada, the Exhibition IGUMDAN of the Amazigh plastic artist, Khalid Assallami, extends its stay till 13 May, 2016.
May 13, 2016 Read more... 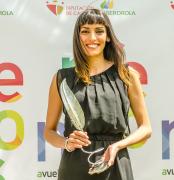 The reporter MAYSUN participates in the “100 YEARS OF PHOTOGRAPHY” Days at the School of Art of Granada. On 12 May, 2016, at 18h00, MAYSUN imparts her lecture “Female View among Photojournalism on War”, at the University Institute of Research of Women’s Studies. On 11 and 12, she will hold her Master Classes at the Euro-Arab Foundation.
May 12, 2016 Read more... 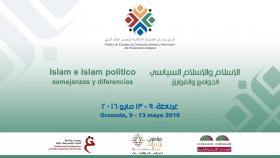 Seminar ‘Islam and Political Islam: Similarities and Differences, from 9 to 13 May, 2016

The fourth seminar among the series that started in January will be held from 9 to 13 May, 2016, at the Euro-Arab Foundation. The series are part of the activities carried out by the ‘Chair of Studies in Islamic Civilization and Renewal of Religious Thought’, established by the Euro-Arab Foundation and the Mominoun Without Borders Foundation. During five consecutive days, the seminar will discuss the important contemporary Islamist movements, their histories, positions and transformations, and analyze similarities and differences between Islam as a religion and the so-called ‘Political Islam’.
May 09, 2016 Read more...

Lectures by Dr. Radwan El-Sayed at the Universities of Seville and Granada

Lectures on ‘Islamic Thought’ will be held on 6 May at the University of Seville and on 10 May at the University of Granada by Dr. Radwan El-Sayed, Professor of Islamic Studies at the Lebanese University of Beirut. These lectures are part of the program carried out by the Chair of Studies in Islamic Civilization and Renewal of Religious Thought, established by the Euro-Arab and Mominoun Without Borders Foundations.
May 06, 2016 Read more... 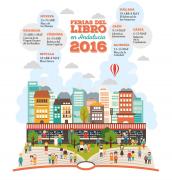 Poetry of Al-Neimi and Nabres at Granada Book Fair on 30 April, 2016

Poetic meeting between the writer Salwa Al-Neimi and the Palestinian poet Basem Nabres. The meeting will be presented by Rafael Ortega Rodrigo, Deputy Secretary of the Euro-Arab Foundation for Cultural Cooperation and International Relations.
April 30, 2016 Read more...