The Euro-Arab Foundation will participate in the Conference of the Spanish Association of Professors of International Law and International Relations which will take place from 18 to 20 September in the city of Granada. These conference, whih celebrates its 28th edition this 2019, will address the topic "New world, new Europe. The redefinition of the European Union in the Brexit era".
PROJECTS

On 25 November 2018, the European Council ratified the Agreement on the Exit of the United Kingdom from the European Union. However, in January 2019, the British Parliament rejected the ratification of this agreement by a resounding majority. Will the UK leave the EU unilaterally, will it do so with agreement, will it reverse its decision to withdraw?  Regardless of this uncertain scenario, the issue of Brexit and the withdrawal agreement affect the major challenges facing the European Union.

These questions and approaches will be addressed from 18 to 20 September at the XVIII Conference of the Spanish Association of Professors of International Law and International Relations (AEPDIRI), which will be held in the city of Granada under the title "New world, new Europe. The redefinition of the European Union in the Brexit era".

This conference, co-organised by AEPDIRI and the University of Granada, will be the occasion for the Euro-Arab Foundation to present the different European projects in which it is actively working. Detailed information on these projects can be found here.

In addition, the Euro-Arab Foundation will host in its headquarters the workshop "Young Internationalist Researchers", on 18 September from 16h to 20h15.

Check the rest of the programmed activities by clicking here

The conference will also address the following topics:

You can register until September 10 at this link

Sponsors of this event are: the Euro-Arab Foundation, the Erasmus+ Programme of the European Union, the Faculty of Law and the Higher Technical School of Architecture of the University of Granada, the UNESCO Centre of Andalusia and the Jean Monnet EUGLOBAL Project. 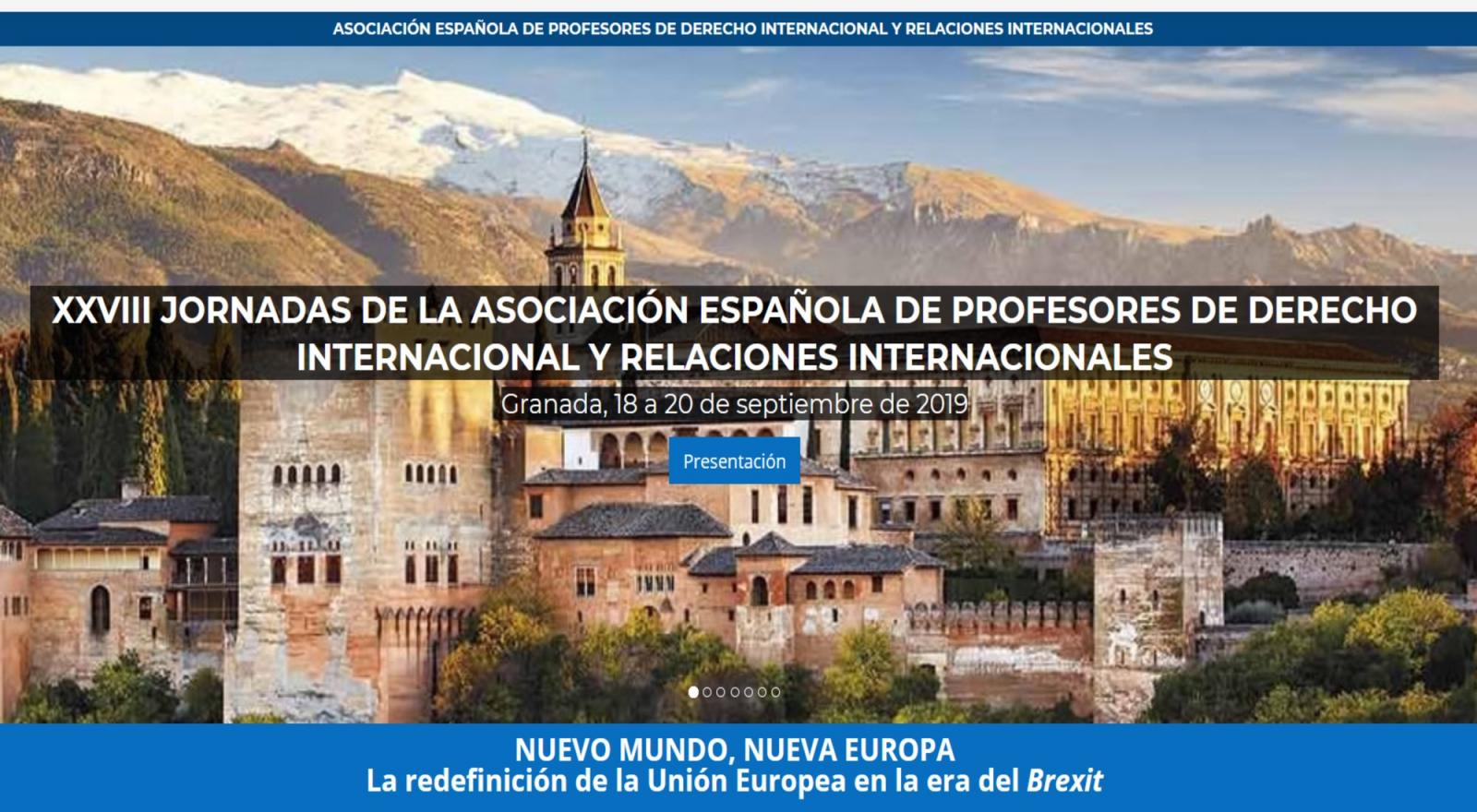