Series of Lectures “Routes and Rights: International News regarding Situation of Migrants and Refugees”.

The Series of Lectures “Routes and Rights: International News regarding Situation of Migrants and Refugees” will take place on April 7, 14, 21, 27, and May, 5, 2016.

The Series of Lectures Routes and Rights: International News regarding Situation of Migrants and Refugees, organized by the Centre for Cooperation and Development Initiatives (CICODE) and the Andalusian Solidarity Association of Cooperating University-Members (ASCUA), is taking place during April and May.

This event aims to create a space for debate, analysis and reflection on the current situation of migrants and refugees who are trying to reach Europe, be it by land or sea. Testimonies of different professionals and representatives of associations who work in the field of human rights will take place. In this regard, analysis and reflection on social, political and academic fields concerning this issue are essential for the development of politics and future actions regarding Cooperation and Education for Development.

The EURO-ARAB FOUNDATION will host the lecture of Wednesday, 27 April, 2016

Presented and Chaired by: Marian del Moral Garrido (Researcher among the research group AfricanInEs, of the Department of Social Anthropology).

- You can download the Pdf of the fourth session held at the Euro-Arab Foundation’s Headquarters from this page (in Spanish language). 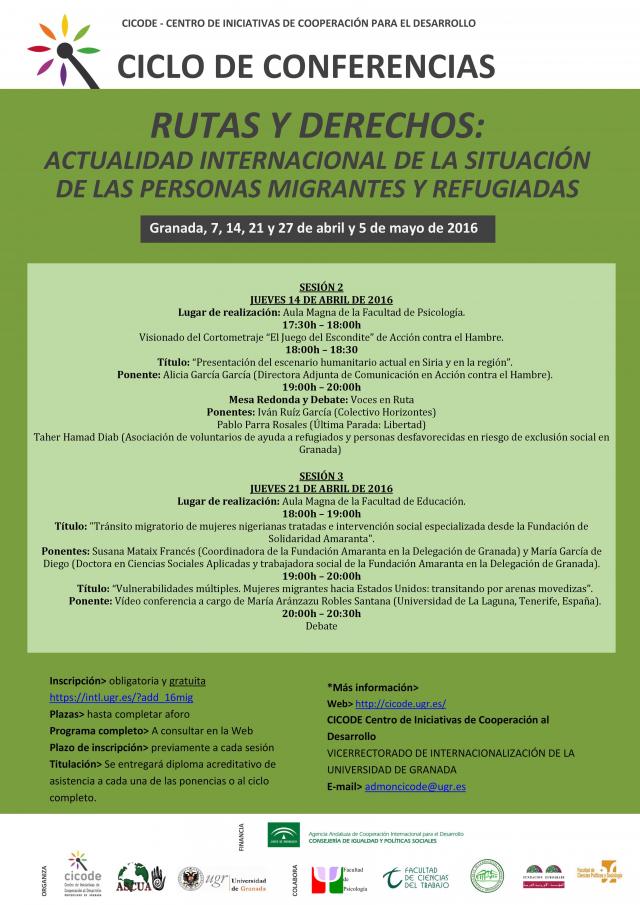 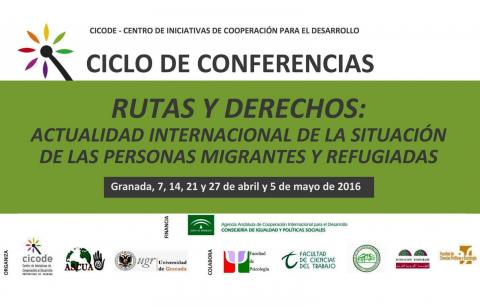