Seminar on “Youth and Prevention of Radicalization in Morocco”

This Tuesday, the Euroarab Executive Department will present the different actions carried out by the European project called ARMOUR, at the seminar on "Youth and Prevention of Radicalization in Morocco”, Casa Árabe organization and CIDEAL Foundation in Madrid. Throughout this meeting, experiences of interest and possible contributions from international cooperation will be analyzed.
Conferences/Seminars

YOUTH AND PREVENTION OF RADICALIZATION IN MOROCCO

Tuesday, 3 December in the headquarters of Casa Árabe, in Madrid.

The seminar that takes place in Casa Árabe tackles the analysis of the experiences of interest and the possible contributions from international cooperation, which can contribute to the phenomenon of radicalization and its prevention.

This seminar was started by the Manager of Casa Árabe, Pedro Martínez-Avial; by the Managing Director of CIDEAL Foundation, Manuel Gómez Galán, and by the Manager of the Department of Cooperation with the Arab World and Asia of AECID, Victoria Ortega Gutiérrez. It includes two different sessions: one of them is about the radicalization process and prevention strategies, and the second one adresses different experiences about the prevention of radicalization.

The intervention of the Executive Secretary of the Euroarab Foundation, Inmaculada Marrero Rocha, takes place in the second session, which is called "Experiences of Interest about the Prevention of Radicalization", a session in which she shares a program with Hana Jalloul, Professor at the Carlos III University; Daniel Pelufo, member of CIDEAL Foundation and Coordinator of the AECID Agreement in Morocco and Julio Andrade,  Malaga Mayor's Office Advisor in Foreign Action and Development Cooperation.

In her speech, Inmaculada Marrero will address the phenomenon of radicalization in young people through the European program, ARMOUR. This program has been conducted by the Euroarab Foundation in a consortium made up by 9 different institutions and organizations from 8 European countries.

The ARMOUR project (Radical Model of Resilience for Young Minds) aims to address the social polarization caused by the adoption and dissemination of extremist ideologies, by creating an interdisciplinary learning model that helps people and communities. This learning model would develop resilience to the ideologies and to specific behaviors of violent extremism.

The project fixes its attention on practitioners in government institutions and, generally, on the civil society that works in the European Union with those young people who are susceptible and vulnerable to radicalization.

ARMOUR provides the know-how and tools needed by communities and practitioners to generate an experimental creative lab in which a psychological and behavioral approach can be developed, as well as communication strategies focused on promoting resilience against radicalization and violent extremism. 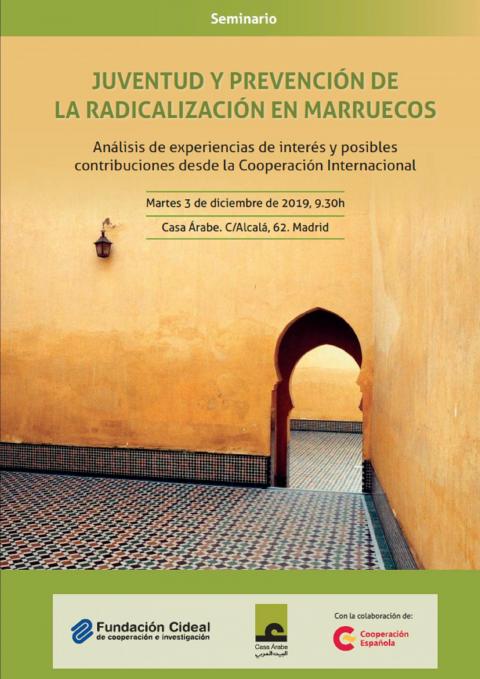