Seminar ‘Islam and Political Islam: Similarities and Differences, from 9 to 13 May, 2016

The fourth seminar among the series that started in January will be held from 9 to 13 May, 2016, at the Euro-Arab Foundation. The series are part of the activities carried out by the ‘Chair of Studies in Islamic Civilization and Renewal of Religious Thought’, established by the Euro-Arab Foundation and the Mominoun Without Borders Foundation. During five consecutive days, the seminar will discuss the important contemporary Islamist movements, their histories, positions and transformations, and analyze similarities and differences between Islam as a religion and the so-called ‘Political Islam’.

The Seminar Islam and Political Islam: Similarities and Differences tackles the issue of ‘political Islam’ and the dilemmas that result from the unfortunate mixing between Islam as a religion and political Islam. This issue requires a good understanding of the political reality that prevails in the Arab world. As well, it needs a deep consideration of the ideological bases of those Islamist movements and the political requirements called for by the Arab Spring which have taken the so-called political Islam from opposition to authority situating it, currently, face to face with the challenges of transition and management of State affairs.

The seminar discusses important contemporary Islamist movements, their histories, positions and transformations. Furthermore, it analyzes similarities and differences between Islam as a religion and ‘political Islam’, as well as study the relation between democracy, civil State, the West, modernity, women, citizenship, human rights, identity, secularism, globalization and governance.

Moreover, it compares discourses of Islamist ideologies before the Arab Spring and after gaining power and governing some countries like Egypt and Tunisia. It also examines their transformations on the level of political discourse and action, anticipating the future of ‘political Islam’ and its relation with the nation-State in the light of the development of Arab political events. 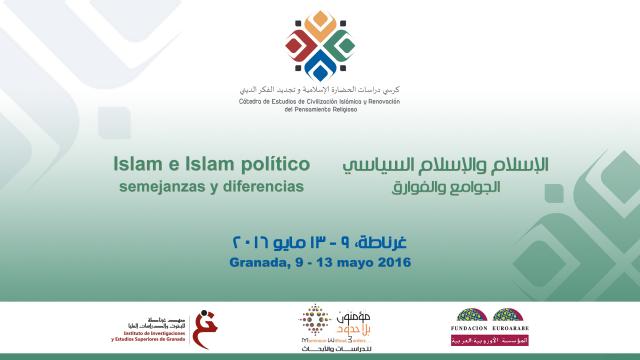 1. Beginnings and Suggestions of Political Islam.

2. Religion and State according to Political Islam.

3. Possibilities and Results of Political Islam.

4. Political Islam: Dilemma regarding the Concept and Issue of Political Legitimacy.

5. Islamist Movements between Moderation and Extremism: Factors of Appearance and Sociopolitical Changes.

7. Islam according to Contemporary Occidental Historiography.

10. One Islam and Several Readings.

OBJECTIVES OF THE SEMINAR:

- Acreditation: The Euro-Arab Foundation for Higher Studies will give a Certificate of Achievement to students who attend minimum 80% of the sessions. 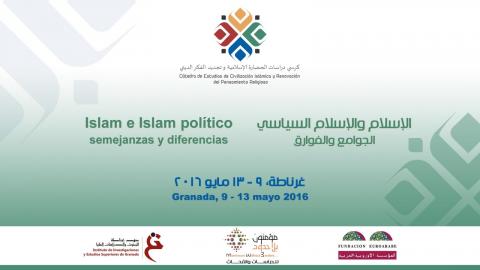