The MIGRATION AND GENDER Days, organized by SecretOlivo and the Anartistas de Andalucía Association in collaboration with the Euro-Arab Foundation, will be held on 7 April, 2016, at the Headquarters of the later.
Conferences/Seminars

The Days will tackle three main blocks of analysis:

1. Women. A non-ethnocentric vision of feminine migration through the paradigm of feminine genital mutilation will be offered. Hence, the movie MOOLADE, by the Senegalese filmmaker Osmane Sembene, will be shown and, later, a debate regarding criminalization of feminine genital mutilation in the West and an anthropological analysis of its social and cultural context. The analysis will be conducted by Marional Bernal, medical anthropologist affiliated to the School of Public Health of Andalusia, and Ana Silva, jurist and researcher at the University of Granada.

2. Refugees. Sebastian de la Obra, President of the Foundation Sevilla Acoge, will tackle the imminent situation of refugees in Europe, offering a critical vision of current migration and reception policies.

3. Immigrants: Finally, the Senegalese writer and activist, Mamadou Dia, will present his new book A las 15:00 (At 15h00), through which he manages to be the voice of several immigrants who daily see their rights violated in Europe. Dia does this through some reflections on the situation of migrations in the world. The book is a story about him and us, about the capacity to be in the shoes of the other and about the wish to make life more just and happy.

Director of the magazine SecretOlivo and cofounder of the Anartistas de Andalucía Association.

A non-ethnocentric vision of feminine genital mutilation. Moolaade is a 2004 Franco-African co-production. The movie tackles the issue of feminine mutilation in Sub-Saharan Africa. It was awarded the A Certain Regard prize during Cannes Film Festival 2004. 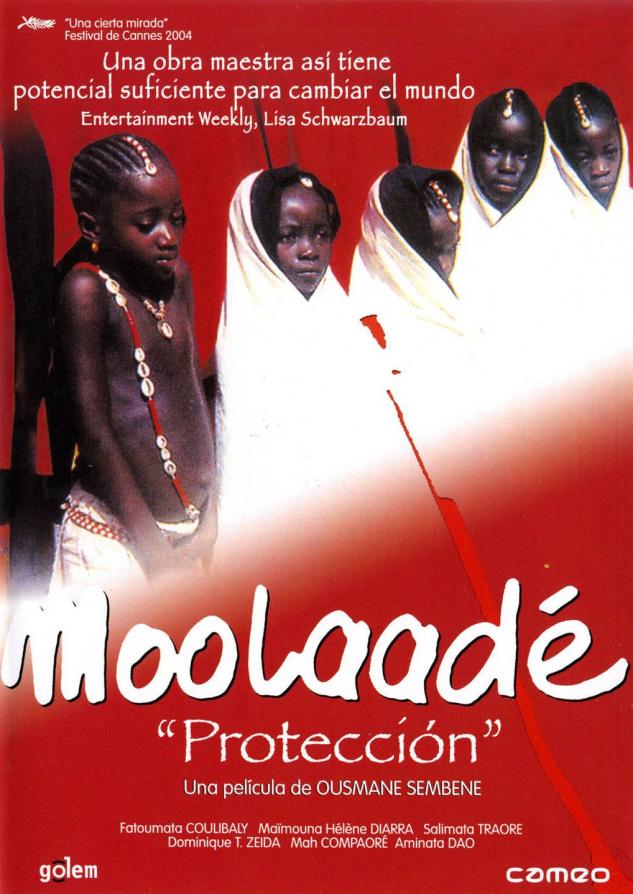 12h00: Debate on the Movie and Comments regarding feminine genital mutilation. 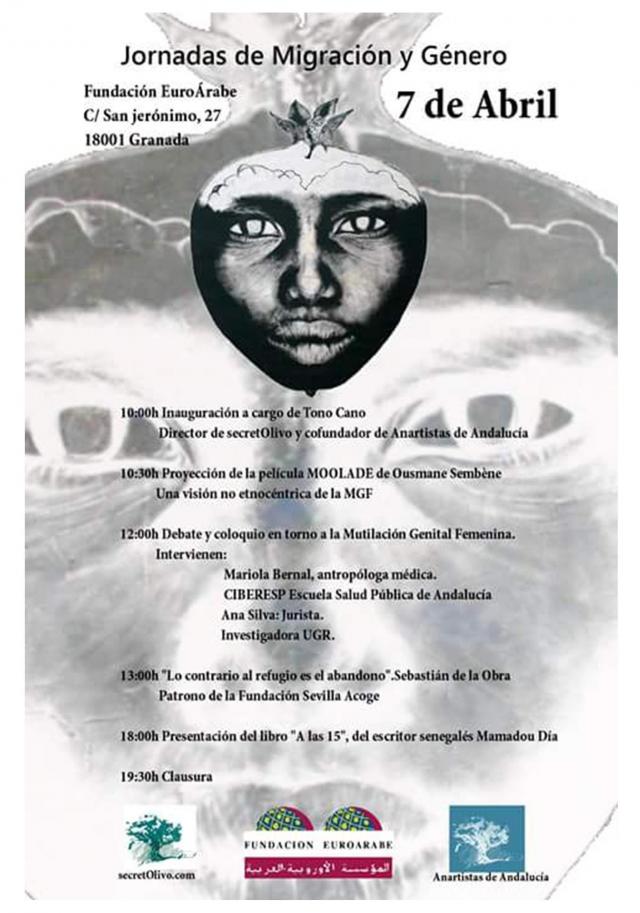 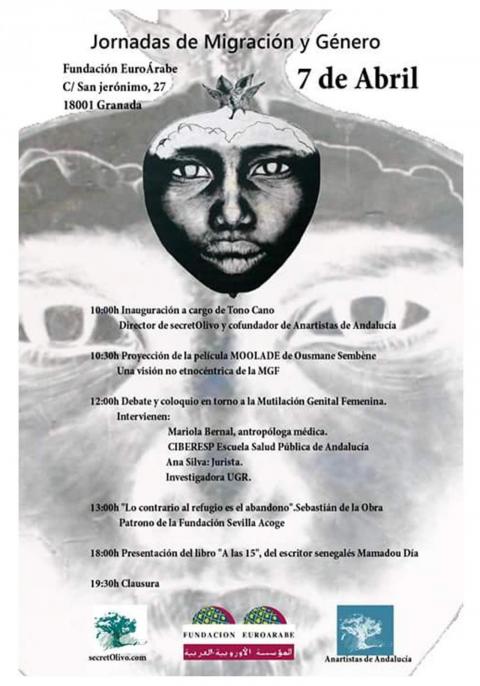