The Chair offers this seminar which tackles women's issues in Islam and the ensuing discussion regarding women's rights and gender equality.

This second seminar, of 20 hours duration, analyses alternatives existing to reconsider the role of women in society. As well, it deconstructs ideologies which are legacies of the past, as well as a direct product of patriarchal interpretations of religion and a result of the cultural, social and political environment of previous centuries.

The seminar aims to provide Muslim women with an emancipatory perspective by means of overcoming the discrimination produced by doctrinal interpretations and explanations of the Sacred Text. This is done through combining universal moral perceptions with ideal humanitarian examples in Islam, as well as making use of the text of the Quran in order to reaffirm the dismantling of stereotypes that exist within the Islamic tradition in its consideration of women and the interpretations that cause them injustice.

Women in Islamic Jurisprudence. A New Approach to the Sacred Text Through an Emancipatory Reading. Lecturer: Asma Lamrabet

- Work of the WLUML Platform.

- The Need for an International Shura Council.

- Musawah and the Jurisprudence of the Family.

- General Conclusions of the Seminar.

Researcher in Islam and women's issues, President of the Centre for Studies and Research in women's issues at the Muhammadiyah Association of Scholars of Islam in Morocco. Coordinator of the Research Group on Reflecting on Muslim Women and Intercultural Dialogue in Rabat between 2004 and 2007. In 2008, president of the International Study Group on Reflecting on Women and Islam, based in Barcelona, being currently a member of its Board of Directors. Lamrabet is also a physician specialized in leukemia disease diagnosis in Rabat. Previously, she worked as a volunteer doctor in public hospitals in Spain and Latin America, specially Mexico and Santiago.

She was granted the Arab Women Prize in Social Sciences in 2013 for her book published in French titled Women and Men in Quran… ¿Any equality?.

Graduated in General Linguistics at the University of Barcelona. Vice-president of the Junta Islámica. Lectured in Spanish Language at the Faculty of Arts, University Cheikh Anta Diop of Dakar (Senegal), and was the Director of Studies as well as a Teacher of the Course titled "Experto en Cultura y Religión Islámicas" (Expert in Islamic Culture and Religion) at the University Camilo José Cela from 2006 to 2011. Andujar is part of the expert panel of the UNAOC (United Nations Alliance of Civilizations), as well as an active member of the International Networks WISE and Muslim Leaders of Tomorrow. From 2008 to 2010, she was the Director of Webislam, first Islamic website in Spanish language. In 2010, she was granted the Cedar Prize for the most Ten Influential Muslim European Women.

She has collaborated in many books and papers:

The seminar is mainly aimed at University Students, Teachers, Journalists, as well as interested Public. 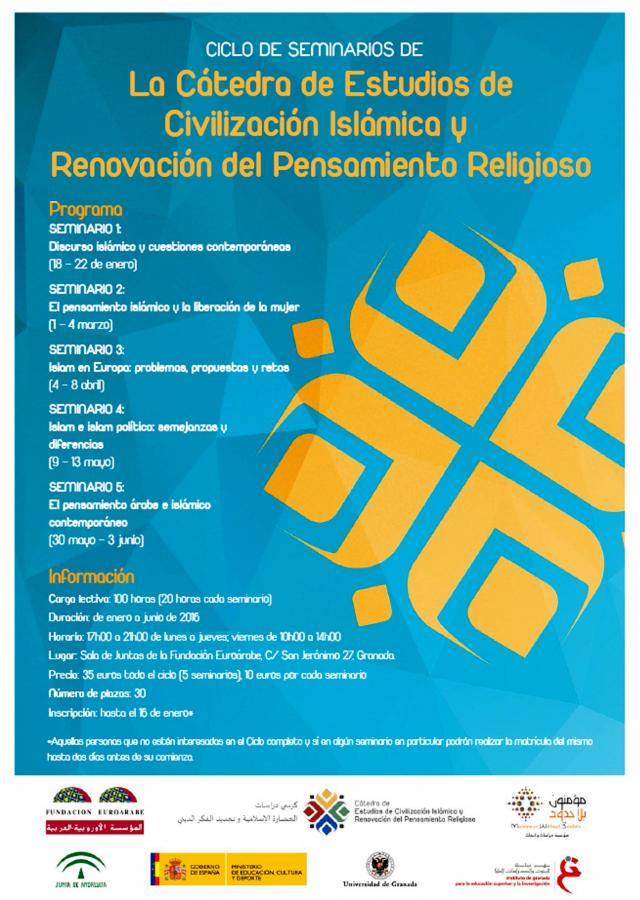 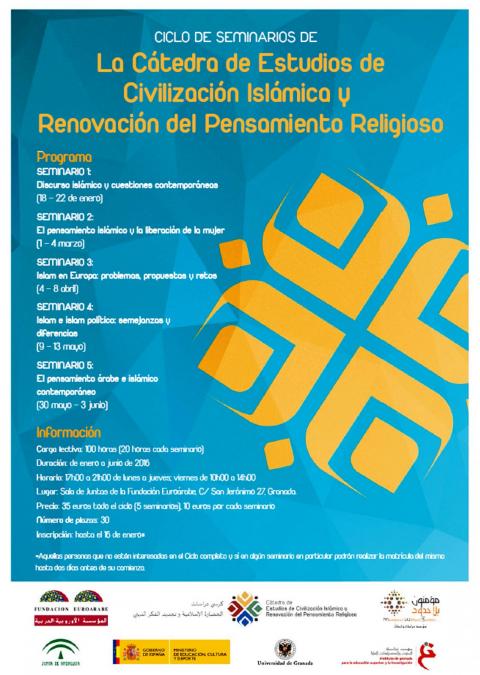