Registration open until April, 2, 2016. "Islam in Europe: Problems, Challenges and Suggestions" is the 3rd seminar among the series held at the Euro-Arab Foundation from 4 to 8 April, 2016.
Chair of Studies in ISLAMIC CIVILIZATION and Renewal of Religious Thought

The seminar Islam in Europe: Problems, Challenges and Suggestions presents an analysis of the current situation, shedding some light over the underlying causes of the anti-European rhetoric present in the Islamic extremism, as well as the anti-Islamic rhetoric of the extreme right. During its sessions, the seminar will illustrate the possible options for getting out of this tunnel and moving towards a framework of pluralism that guarantees social peace among European countries.

In this context, exists the need to construct real plural societies within the European space that leave behind marginalization, exclusion and Islamophobia. Moreover, there becomes a pressing need to produce a new Islamic discourse based on epistemology and methodological knowledge in order to deal and interact positively with the consequences of globalization and to respond to the needs of new Muslim generations in Europe. As well, this new discourse should make use of the new human knowledge in order to assure that the European Muslim lives in harmony with his identity and society, as well as refute false beliefs that lead Muslims to feel a contradiction between their Islamic religion and European citizenship. 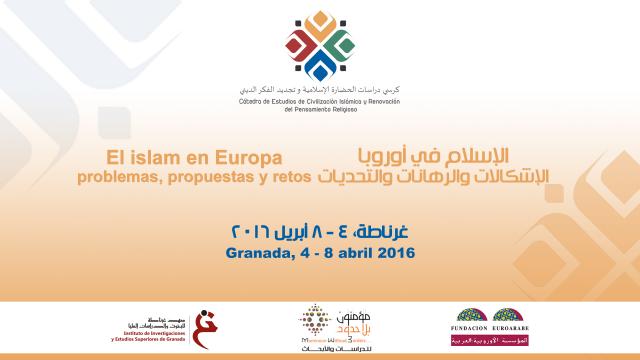 FIVE SEMINARS FROM JANUARY TO JUNE, 2016

From January to June, 2016, the Euro-Arab Foundation offers the first seminar series within the framework of the Chair of Studies in Islamic Civilization and Renewal of Religious Thought, which takes place under the auspices of the Mominoun Without Borders Foundation.

The series comprise five seminars which will take place in Granada, in the headquarters of the Euro-Arab Foundation, in the form of lectures and debates.

The seminars, which count with the collaboration of the Institute of Granada for Higher Education and Research, aim at analysing and debating over some modern as well as current issues related to Islam, the Arab-Islamic World and Europe, issues that are dealt with in academic studies and are subject of international debates. Seminars will provide participants with the necessary tools for the analysis of subjects like modern Islamic discourses; Islamic feminism; Islam in Europe, modern Arabic and Islamic thought and Political Islam in Arab-Islamic and Occidental societies. The Chair hosts a broad range of specialists of great renown, both researchers and teaching staff, from European and Arab universities. 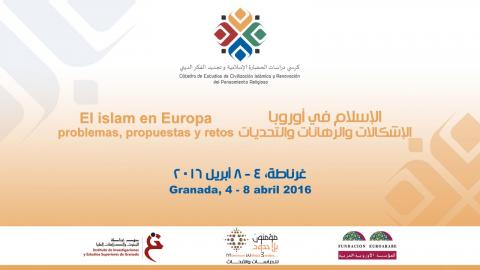