Interview with Natalia Andujar, Speaker at the Seminar Islamic Thought and Women's Liberation

"Islam is neither sexist nor does it oppress women. However, patriarchal interpretations of its religious texts are so." These were statements of the Research Professor, Natalia Andujar, during her interview by EMA RTV.
Chair of Studies in ISLAMIC CIVILIZATION and Renewal of Religious Thought

To hear the complete interview (in Spanish language), click the following link: 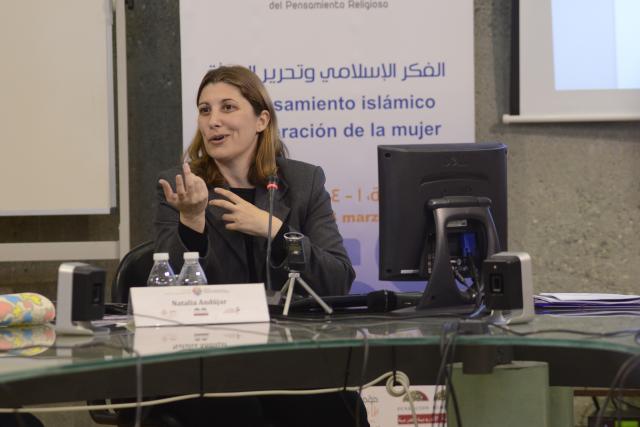 -- Natalia Andujar during the Seminar taking place at the Euro-Arab Foundation. 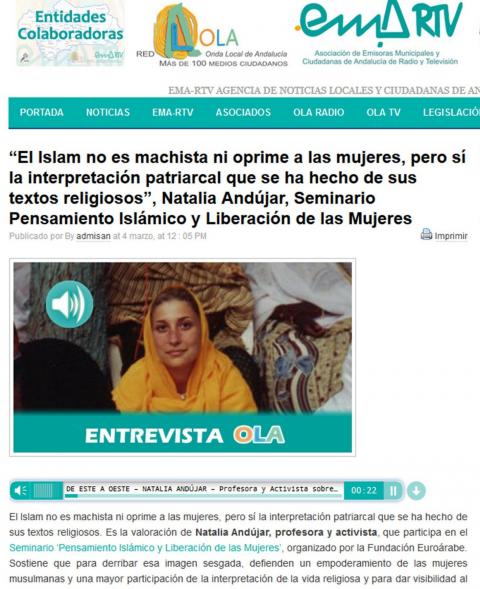 End of the ARMOUR project