IGUMDAN Extends its Exhibition Period till 13 May, 2016

Due to public interest in Granada, the Exhibition IGUMDAN of the Amazigh plastic artist, Khalid Assallami, extends its stay till 13 May, 2016.
Exhibitions

Inaugurated on 7 April, 2016, IGUMDAN extends its exhibition period till 13 May, 2016, at the Euro-Arab Foundation. The Amazigh plastic artist, Khalid Assallami, presents through his work his new creations, heritage of secular traditions that arise from research in the tradition of Amazigh signs and symbols.

The works which Assallami presents during this April Exhibition at the Euro-Arab Foundation represent certain questions regarding the human body and its unknown face. Those questions, regarding the most intimate aspects of males and females, address the audience who view his work. 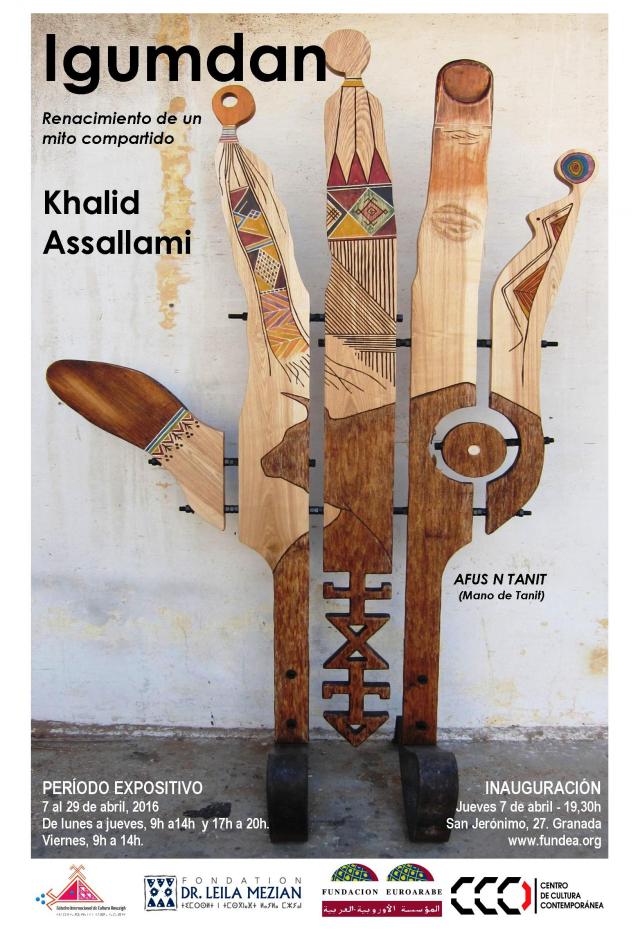 The Author and his Work

Plastic artist, born in Agadir (Morocco). Assallami enjoys certain passion for art which he first knew and later developed within his family, Mourabih, who are well-known in the world of painting and theatre and totally devoted to cinema.

As Hassan Bikich would say, the works this Amazigh artist is presenting in Granada are made of his most preferred material: wood, iron and soil. Through these natural and live materials, Assallami retains this traditional art whose secret is owned by the Amazigh woman and which tends to be lost nowadays due to rural exodus, on the one hand, and, on the other, the development of a modern economy that does not favor preserving this authentic art.

This work also evokes the Amazigh identity which calls for a burst of pride and reconciliation.

Wood, iron and soil are instruments for work and, also, for communication, especially in a world where human beings tend towards safeguarding the environment and aiding the survival of the heritage of indigenous people. Upon those pillars, Assallami trims, sculpts, carves, paints, assembles, varnishes, fragments and restores. 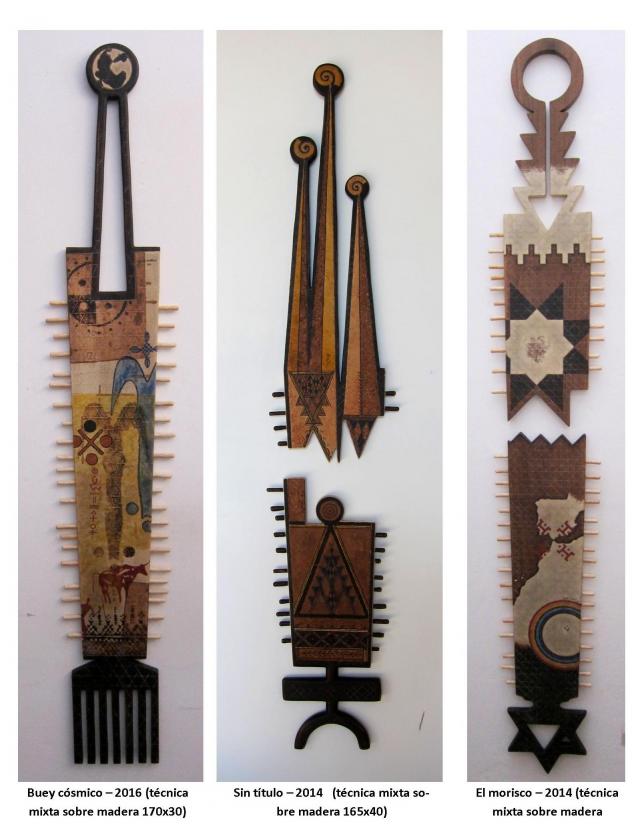 IGUMDAN - Renaissance of a Shared Myth.

Igumdan or Two Shores is the scenario of multiple births. The history of this Mediterranean basin has highly contributed to the progress of humanity, as well as to the creation, domination and emancipation of thought.

On both sides of the river or the basin, Berbers have cultivated different fields with so much care and serenity. Igumdan represents the symbol of fertility and diversity.

Andalusia is an ideal example of this harmonious transfer, signed by creative hands proceeding from the Maghreb.

The Amazigh thought has always been linked to land, to the history of the ancestors. Hence, this culture, this language, those myths, all those aesthetic symbols and values are hidden in the skills, behavior and way of living and communicating.

However, the disappearance of the great mythologies, which we would not know about for lack of written documents, is indisputable. This is exactly what's happening with the Berber mythology which has always been transferred orally and which has been suffering from loss, especially after the arrival of Islam.

The idea of this exhibition, proceeding from the South, is to give a chance, an opportunity of life to that mythology and those Berber beliefs which have influenced, as well as been influenced, by other beliefs of near neighboring towns. 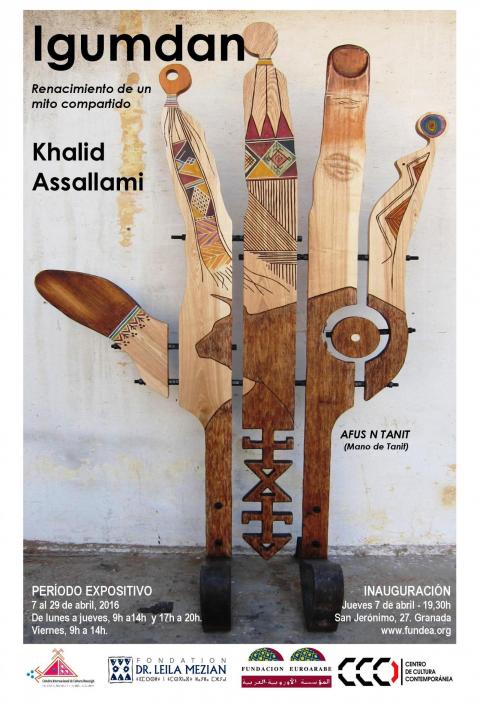