Thursday, 3 March, 2016, at 19h00, inauguration of the exhibition of Granada's painter, Raimundo Iáñez, at the Euro-Arab Foundation. A collection of works inspired by opera.
Exhibitions

Raimundo Iáñez has developed a deeply coherent itinerary during his artistic career, mainly experimental, through drawing paths and his special technique of mixing ink with oil. His thematic core has always been the human being.

Among the collection he presents at the Euro-Arab Foundation, from 3 to 24 March, titled Ópera Manía, Raimundo has always been inspired by the opera with his personal mania for duets like, for example, the Tosca by Giacomo Puccini or Prince Igor by Alexander Borodin. 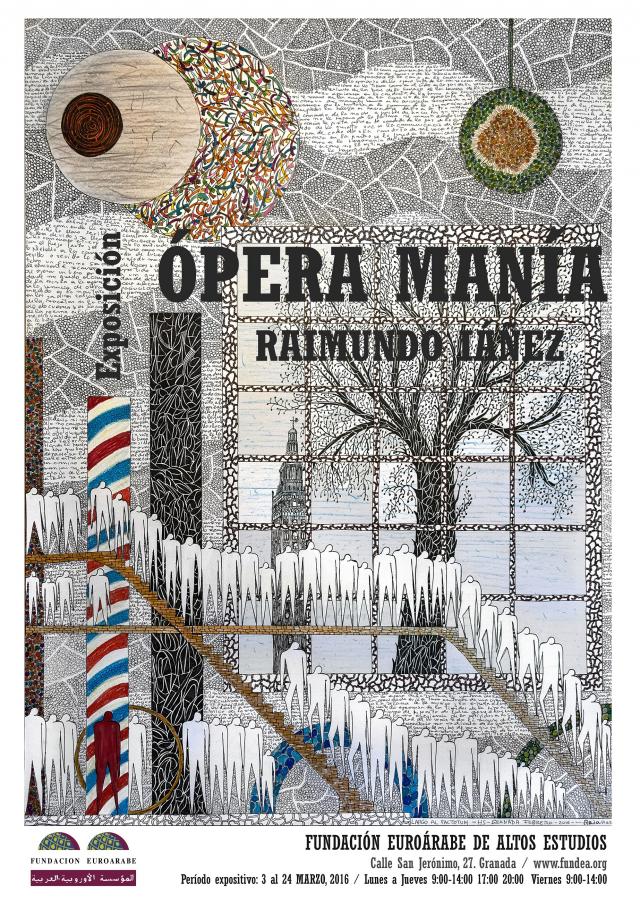 His work is meticulous and delicate, a mix of authentic art and sweet crafts, like a silversmith who handles perfectly his chisel. The essence of his art lies within the literary and musical iconicity, among a brilliant purity of lines and a range of neutral colors, like the grisaille, which creates a sense of sculptural relief.

This is seen in all of his current works, inspired in operas like the Flying Dutchman, an opera buffa par excellence by Gioachino Rossini; The Valkyrie by Richard Wagner, inspired by the Norse mythology, etc. twelve beautiful pictures with simply crafted frames, work of the artist Nino Vivo.

Raimundo's painting includes figurative elements which reflect a dreamlike, surreal world, like big part of the operas which inspire him. It is all full of musicality and poetry, with a continuous rising pace, among human silhouettes with their defined, evocative features due to their impersonality. In short, it is the aesthetics of his plastic art.

You can visit the exhibition at the Euro-Arab Foundation from 3 to 24 MARCH, 2016.