The Mayor of Valencia, Joan Ribó, inaugurated yesterday the final conference of TAKEDOWN, a Project funded by the European program Horizon 2020 and developed by 18 organizations, including the Euro-Arab Foundation. The meeting gathered more tan 150 people from 18 countries and 34 experts from European and North American institutions.
Research 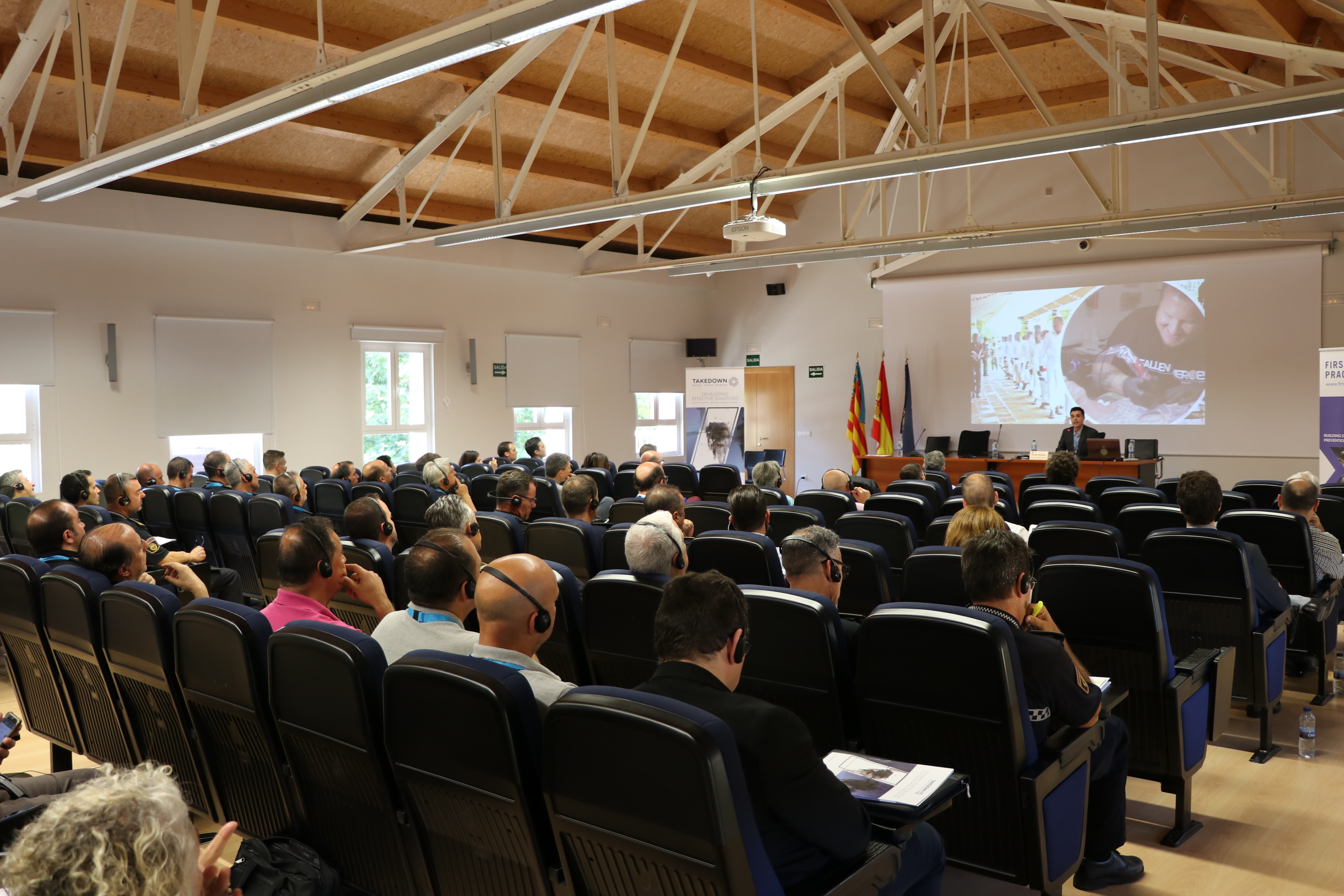 - A moment of the Conference

The conference "New Approaches to the Fight against Radicalisation, Terrorism and Organised Crime" closed the 3-year work of the TAKEDOWN project, considered by the European Commission as an example of "success" in achieving its objectives: to investigate the social, psychological and economic aspects of terrorism and organised crime as well as their impact on social cohesion, in order to develop prevention and intervention tools aimed at professionals in the sector.

The meeting, held yesterday at the headquarters of the Local Police of Valencia, has gathered more than 150 people from 18 countries, including members of law enforcement agencies, researchers from different fields and professionals in the sector.

Throughout the day, the results of TAKEDOWN have been presented, highlighting the digital platform First Line Practitioners, an innovative tool for training, advice and information, aimed at professionals who work with people who are vulnerable to radicalization processes, such as social workers, educators, psychologists or police officers.

The various high-level debates during the conference have addressed some of the main issues on which the project has worked over the last three years: the nexus between organized crime and terrorism, radicalization in prison, multi-stakeholder P/CVE, as well as the financial aspects of these two phenomena that threaten the security of the European Union and its population. 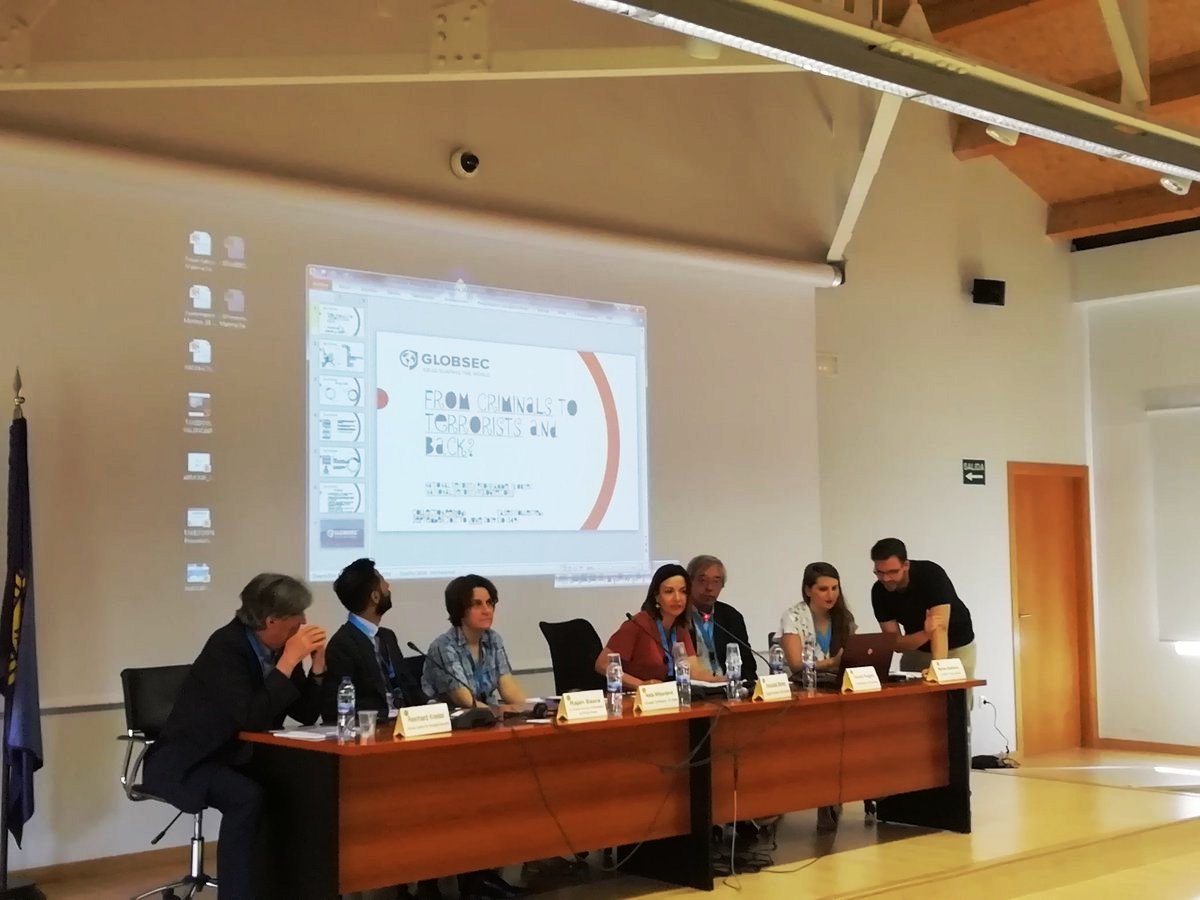 - Speech by Inmaculada Marrero, Executive Secretary of the Euro-Arab Foundation.

About seriousness of radicalization

The increase in the number of European citizens recruited as foreign fighters or as members of these criminal networks explains the seriousness of these threats and the concern of governments, which are increasing the expenditure to prevent and fight against terrorism and organized crime.

In this sense, José Luis Serrano, head of the area of the Intelligence Centre against Terrorism and Organised Crime, belonging to the Ministry of the Interior, stated that "European institutions have not been able to gauge the seriousness of radicalisation as a threat to the security of their member states".

According to Florian Huber, project manager at SYNYO, the Austrian organization coordinating the project, we are facing “a big issue with more money from on line crime entering the regular economy through money-laundering and real estate investment, as well as trafficking of drugs and human trafficking”.

David Webber, Doctor of Social and Cultural Psychology and Assistant Professor in the Virginia Commonwealth University, has also pointed in this direction. During his presentation “Mechanisms for Terrorism Rehabilitation”, he has insisted on the importance of addressing “the psychological motivation of extremists, the political ideologies that justify the use of violence and terrorism, and the mechanization of the terrorist social relationships”. 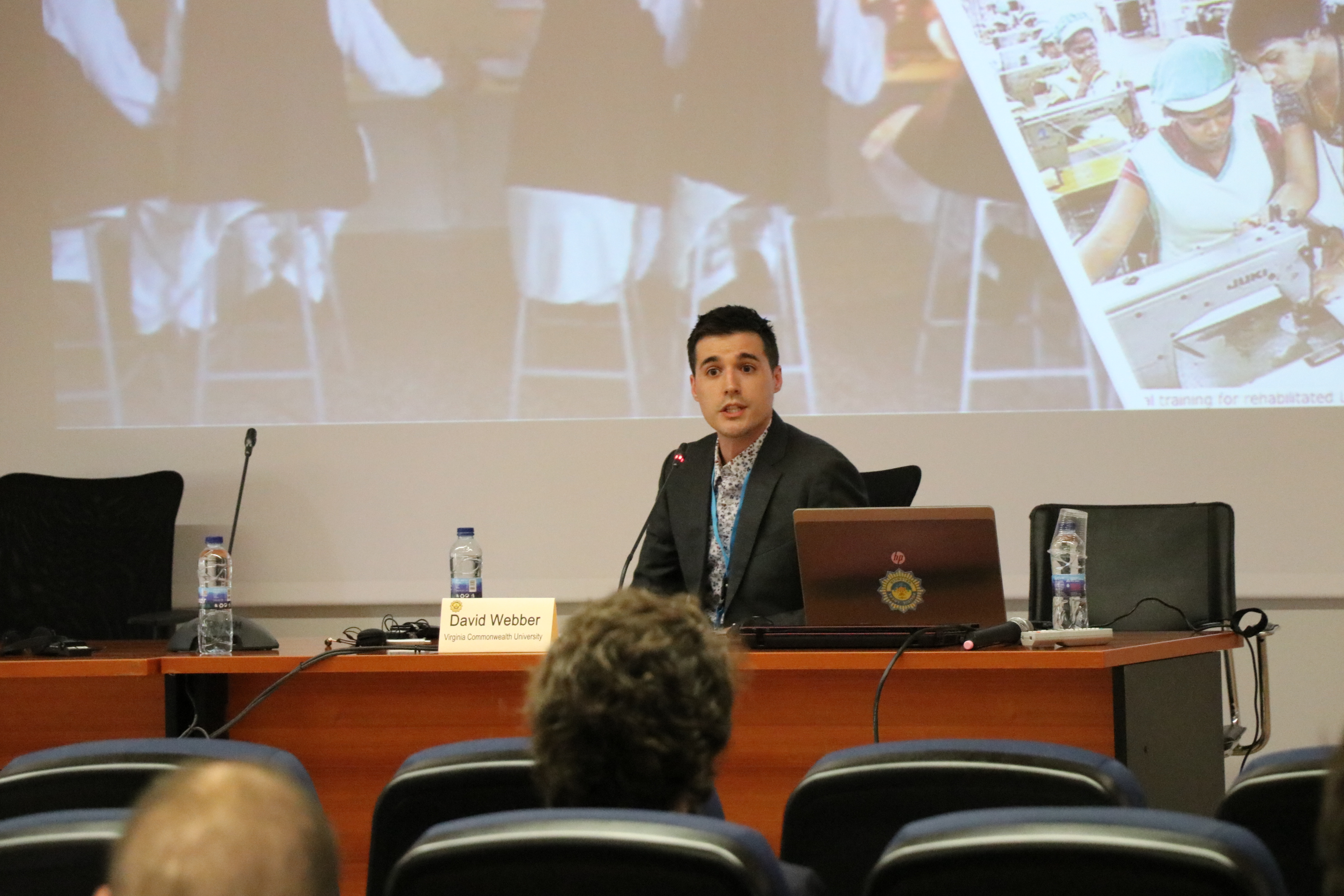 Daniel Hooton, in charge of the Strong Cities Network of the Institute for Strategic Dialogue, has focused his presentation on the programs for the prevention of radicalization which, he says, “lack of a sound infrastructure of delivery for professionals in the field, and of a clear policy framework integrating local action plans into the national policy architecture in different countries”.

About the importance of social networks

One of the particularities of today’s terrorist networks with respect to the traditional ones is, undoubtedly, the presence and the increase of social networks​.

In this regard, Sandra Cardoso, technology manager for the company Insikt Intelligence, has spoken out: “Over the last decade, (social networks) have dramatically altered the way terrorists cells operate, providing them a space from which to address a worldwide audience, to communicate among themselves lost within the clutter of billions of other conversations and to propagate their ideology unchecked”. “This is an enormous challenge as hate and radical propaganda can disseminate at rates previously unimagined”, but also, Cardoso has added, an opportunity for law enforcement agencies because “the public nature of social networks exposes potential criminal, their relations and their plans to be more easily recognized and tackled”. 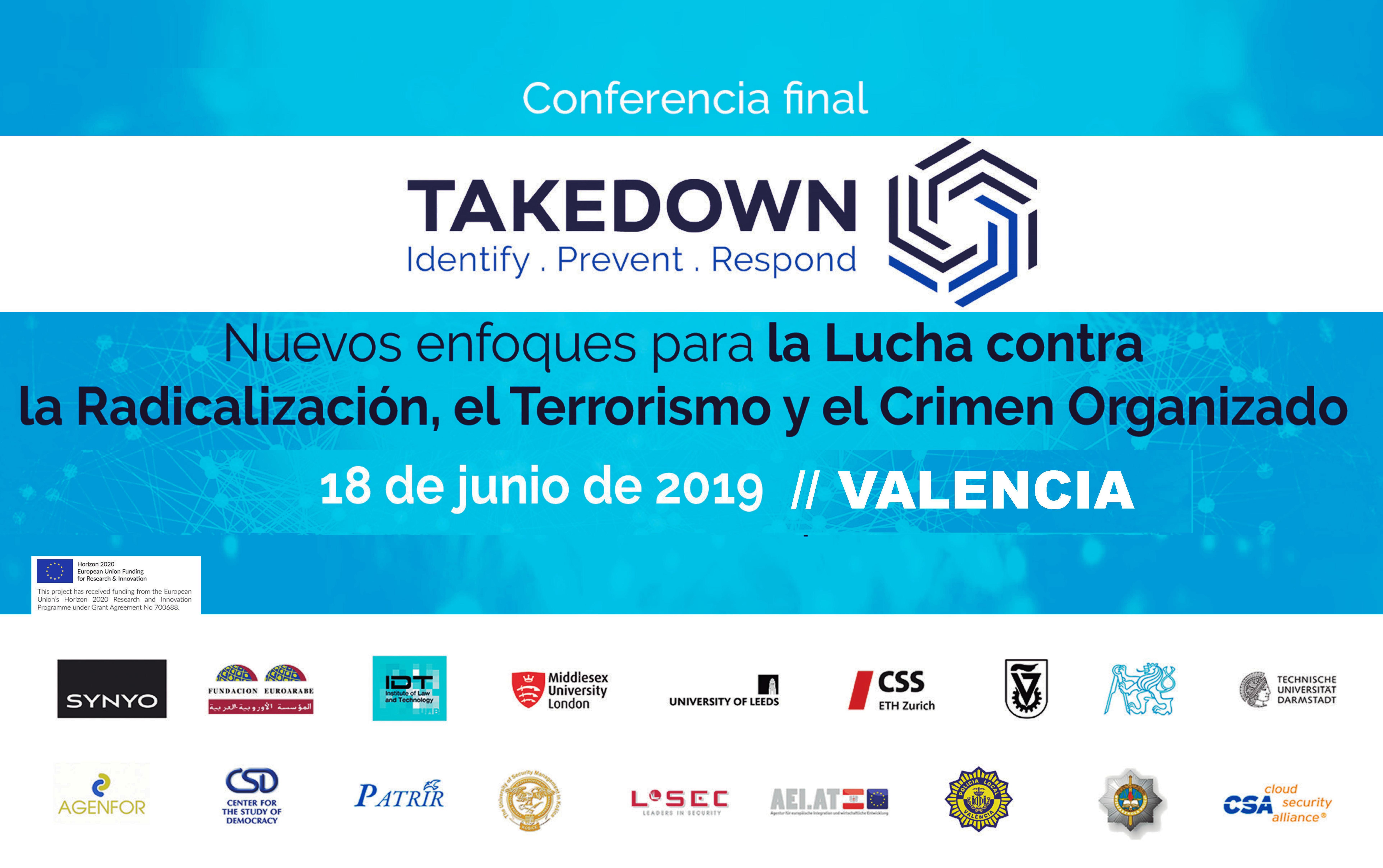 Behind the TAKEDOWN project is a consortium made up of 18 entities from 13 different countries: Austria, Belgium, Bulgaria, Czech Republic, Germany, Israel, Italy, Poland, Romania, Slovakia, Spain, Switzerland and United Kingdom. 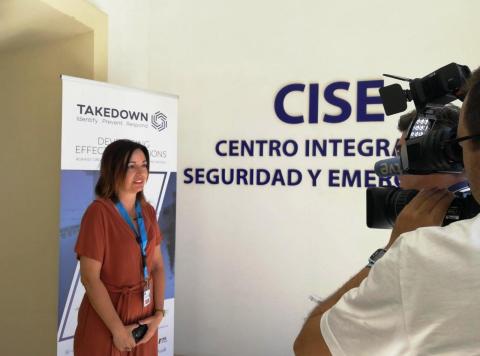