This week, the seminar organised by the European project STAND UP - 'Fighting Hate in the EU', in which the Euro-Arab Foundation is participating, is being held at the European Parliament (Brussels).
PROJECTS

This week, 28-29 September, the seminar organised by the European project STAND UP - Fighting Hate in the EU takes place in the European Parliament (Brussels). The aim of this event is to find a common European definition of "hate crime" and to analyse measures that can counter this hate speech.

The seminar will also provide an overview of the results of the focus groups developed by the STAND UP project on hate crime and hate speech in Greece, Italy and Spain, as well as a proposal for standardised reporting procedures, including the use of technology to report, investigate, prosecute and prevent (RIPP) hate speech and hate crime in the framework of multi-agency cooperation and the highest level victim assistance model.

To this end, the seminar at the European Parliament will bring together experts from the legal, law enforcement, CSO (civil society organisations), NGO and policy-making fields from different European countries. 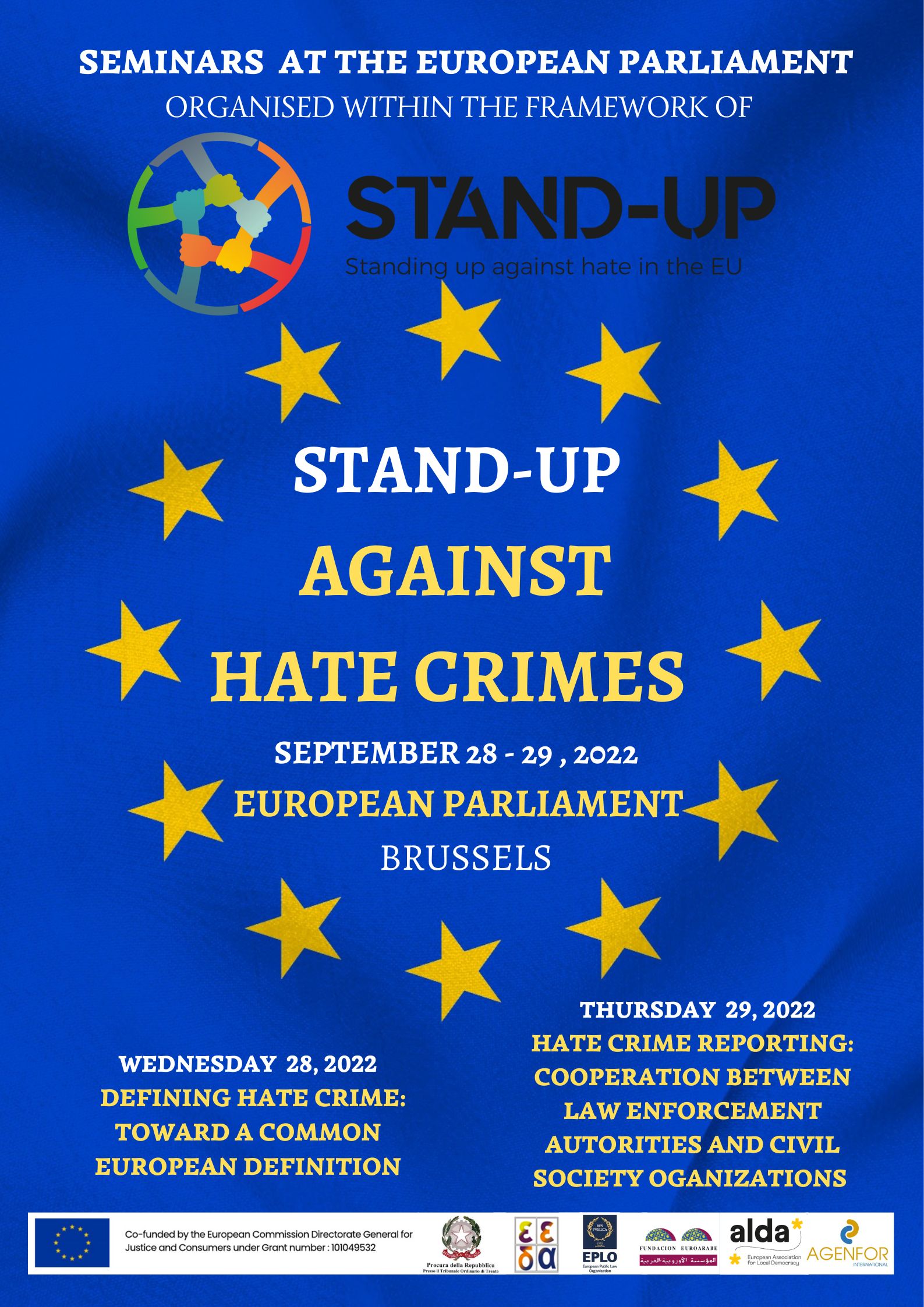 These practices and sentiments are to a large extent causes of wider social tensions and have lasting repercussions on victims, their families and our societies. However, there are shortcomings at European level in the handling of hate crimes and discrimination towards individuals or communities on grounds of gender, race, sexuality or other aspects, as well as in the response given by public authorities in European countries.

The STAND-UP project aims to improve inter-agency cooperation in the fight against hate crime through the design, development and implementation of a new inter-agency model led by public authorities.

The model developed by STAND-UP comprises technological tools to improve the monitoring of hate speech and hate crime, as well as the exchange of data between different agencies; an established definition of hate crime; hate crime reporting templates (for law enforcement and CSOs); inter-agency manuals for victim support. 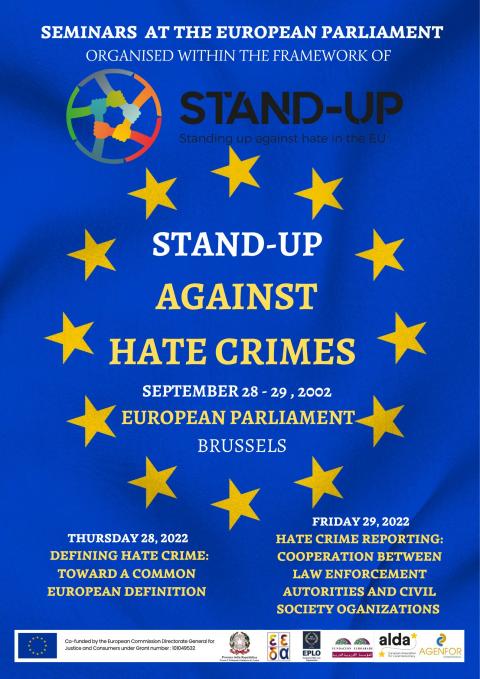