The Euro-Arab Foundation, together with Al-Anoud Foundation in Saudi Arabia, imparts in Riyadh the Second Edition of the Training Course for NGOs.
FORMATION

This week witnesses the impartation in Riyadh, capital of Saudi Arabia, of the module that tackles ‘Leadership and Good Governance in NGOs’ by Eduardo Romero, from the Spanish Red Cross. This training, held on 13 and 14 May, 2016, is part of the Euro-Arab Certificate on Nonprofits Management, organized for the second consecutive year by the Euro-Arab and Al-Anoud Foundations from April to September, 2016.

The Training Course aims at contributing to the professionalization of social sector associations in Saudi Arabia in order to enhance their role in human development. Through professional training these courses, which combine in-person and at distance training, aim to transfer good practice to personnel who work in Saudi third sector associations in issues related to NGOs management in order to improve their practical skills and knowledge.

The training program imparted tackles NGOs' all areas of activity, as well as the necessary tools to overcome weaknesses and improve their response skills during the activities developed among their communities, adapting themselves to a constantly changing environment as the current one.

The Euro-Arab Certificate on Nonprofits Management offers in-person training which is imparted along seven seminars. Six of them will be held in Riyadh while the seventh and last one will take place in Granada, expectedly during the last week of next September, 2016.

The Euro-Arab Certificate on Nonprofits Management is held within the agreement signed in June, 2013, by both the Euro-Arab and Al-Anoud Foundations regarding the development of various activities that deal with training and research issues. 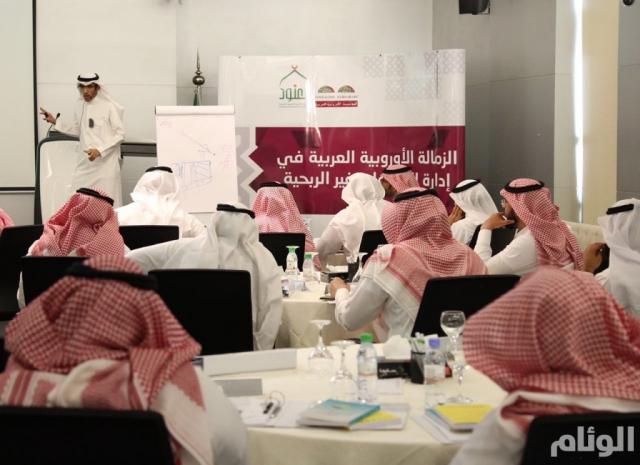 -- A moment during the Training Course Euro-arab Certificate on Nonprofits Management, imparted in Riyadh. 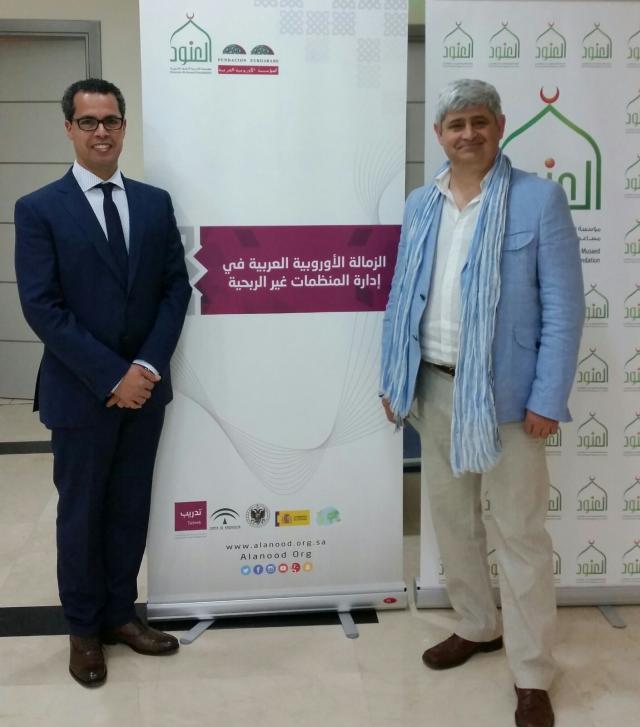 -- Hassan Laaguir, coordinator of the Euro-arab Certificate on Nonprofits Management and Eduardo Romero, from the Spanish Red Cross. 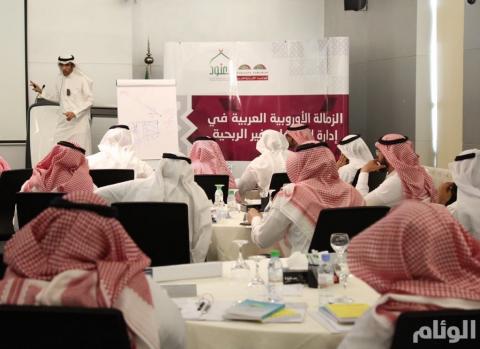