A Chair of Studies in Islamic Civilization and Renewal of Religious Thought has been established in Granada.

This morning, Inmaculada Marrero and Younes Kandil, representatives of the Euro-Arab Foundation and Mominoun Without Borders Foundation, respectively, have signed the collaboration agreement that states the establishment of the Chair of Studies in Islamic Civilization and Renewal of Religious Thought.

After signing the agreement at the Euro-Arab Foundation's headquarters, representatives of both institutions had a meeting with the President of the University of Granada, Francisco González Lodeiro, at his office, after which they visited the University Library.

The Chair of Studies in Islamic Civilization and Renewal of Religious Thought, established by the Euro-Arab Foundation under the auspices of Mominoun Without Borders Foundation, offers an opportunity to create thematic networks of experts, intellectuals and researchers from European, Arab Region and American Universities. 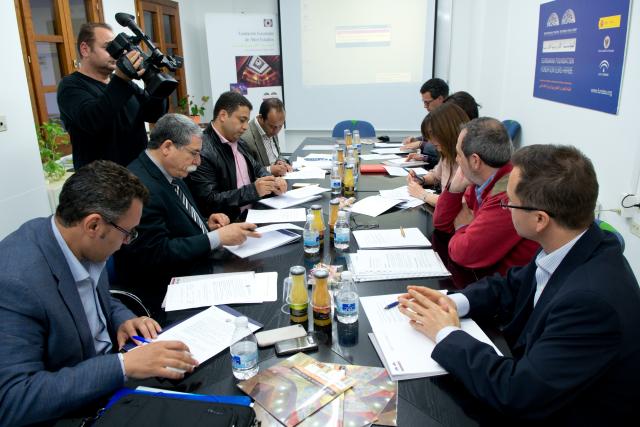 — A moment during the meeting previous to signing the agreement, with the presence of members of the Euro-Arab Foundation and Mominoun Without Borders Foundation.

The Chair, which will start next November, aims at establishing values and conditions of cooperation, solidarity and peaceful coexistence between people within the framework of religious diversity and multiculturalism by means of three main issues: religious dialogue, intellectual renovation and scientific studies.

The activities planned in the Chair's program can be grouped in the following four lines: study of a Master's degree related to the Chair's theme; organization of international conferences, seminars and academic forums; publication and translation of scientific works, studies and reports; and, organization of research stays.

The Chair's field of work is higher education, scientific research, knowledge transfer ad exchange of positive experiences and good practices, as well as translation between Arabic and European languages.

An institution dedicated to the promotion of rigorous scientific research in the fields of culture and knowledge, in general, and religion, in particular, whose aim is to create a space for free and innovative thought in order to discuss themes related to religious renewal and reform in Arab Region and Muslim societies. 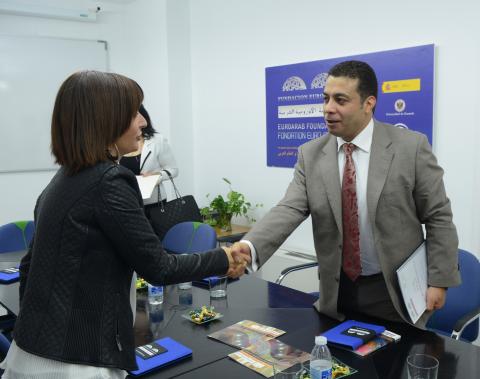