The Euro-Arab Foundation and the Foundation Docteur Leila Mezian host, within the framework of the International Chair of Amazigh Culture, the exhibition "Symbolism on Amazigh Riffean Ceramic". The exposition will take place at the headquarter of the Euro-Arab Foundation in  the city of Granada and it will be open for the public from November 5th to November 27th.

The inauguration will be held on Thursday, November 5th, at 8pm. The event will count with the presence of Inmaculada Marrero Rocha, Executive Secretary of the Euro-Arab Foundation, María José Matos y Jorge Wagner, exhibition curators, Pierre Guichard, from the University Lumière-Lyon II, Belén Mazuecos, from the Center of Contemporary Culture, and Carlos Borras Querol, cultural anthropologist.

Opening hours: mornings and evenings from Monday to Thursday; mornings on Friday.

Riffean pottery is, as such, a whole legacy of a millennial culture that has reached our days at the hand of the last potters in Rif. 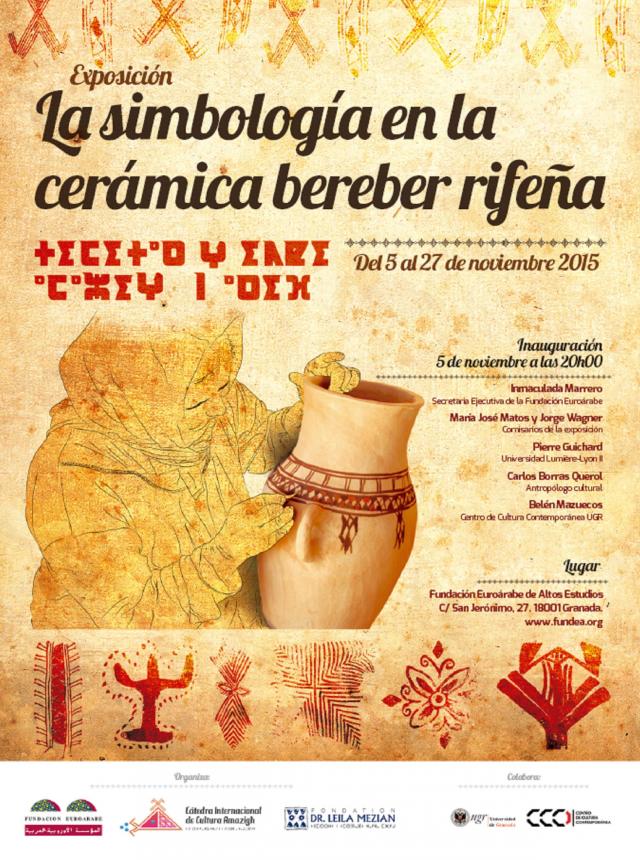 Pottery tradition is present in the region that extends along the Rif mountain range. This mountain range, located in the northern part of Morocco and parallel to the Mediterranean cost, has been inhabited by the islamized  Berber tribes since time immemorial.

Riffean pottery is, as such, a whole legacy of a millennial culture that has reached our days at the hand of the last potters in Rif.

In the Amazigh culture, pottery has a feminine name and its ceramic has not changed substantially from the Neolithic Period. This is due to its rough terrain, its geographic location and an Amazigh population that is independent in nature and that has remained, for centuries, outside the numerous civilizations that arrived to this Mediterranean region.

Women, with a handful of clay and without a pottery wheel, have molded and decorated clay with paintbrushes made with goat hair, have created also colour pigments, have baked the dough in open-air furnaces. They are the ones who have known how to care and protect their own culture.

Women that molded a crockery paying attention to forms and details. Women that have left a legacy of their culture through their pottery, present both in the shapes and in the decoration, full of rich nuances and symbolism, hiding in their painting a secret language in the same way that other ancient civilizations have done.

Shapes and decoration on this pottery are not casual, neither inspiration nor innovation. It was a cultural mark represented by each Amazigh tribe of the Riffean region, with a meaning that was a key marker of identity and tradition.

There is a variety of reasons behind this practice. Still, its basic compositions is linked to the function of the piece and it is always shared by the tribe.

The most common symbols that can be found on Riffean pottery are triangles, rhombuses, reticles, crosses, checkerboard forms, chevrons, snakes, eyes, rain, water and other symbols related to Mother Earth.

This symbolism is part of the popular beliefs and a secret language for women. 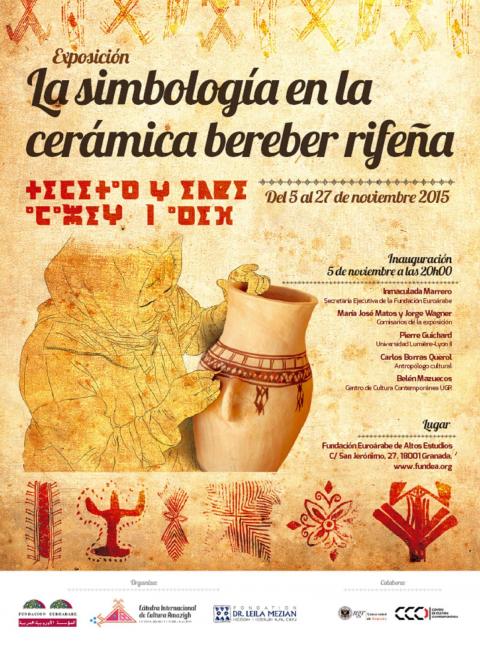