- During this week, representatives from 15 Arab countries exchange experiences and knowledge in issues related to renewable energies and energy efficiency during the training course that takes place at the Euro-Arab Foundation. - During the inauguration on Monday, 25, 2016, the representative of the League of Arab States declared that the training imparted at the Euro-Arab Foundation during the current week was considered an essential support for the transformation and renewal of traditional energy systems in Arab countries.
Euro-Arab CHAIR of RENEWABLE ENERGIES

The Sixth Edition of the training courses in renewable energies titled Smart Grids and the Integration of RE Projects is held from 25 to 30 April in Granada. These training courses have been organized since 2010 by both the Euro-Arab Foundation and the League of Arab States. The courses impart theoretical and practical training, taking place this year in Granada, Malaga and Seville. 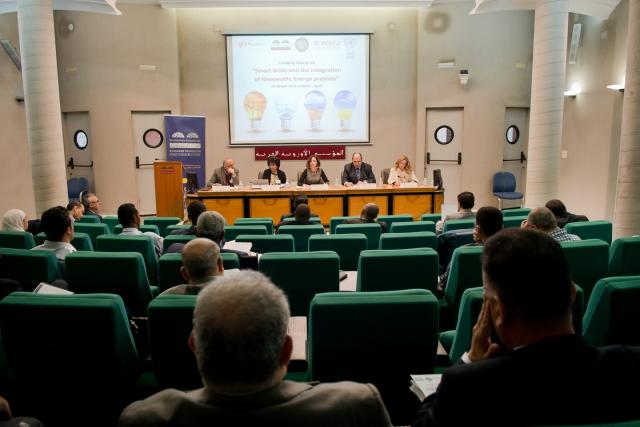 -- A moment during the inauguration. Order from left to right: Director of the Regional Center for Renewable Energy and Energy Efficiency (RCREEE), Maged Mahmoud; Director of the Energy Department at the League of Arab States, Jamila Matar; Executive Secretary of the Euro-Arab Foundation, Inmaculada Marrero Rocha; Representative of the United Nations Economic y Social Committee for Western Asia, Walid Al Deghaili; Department of Internationalization and Prospective of the Andalusian Energy Agency, Maria Luisa Borra.

Matar considers that “this training is an essential support in the transformation and renewal of traditional energy systems in Arab countries, as envisaged by the Arab strategy and national action plans in issues related to renewable energies in each of our countries”.

As well, Maged Mahmoud, Director of the Regional Center for Renewable Energy and Energy Efficiency (RCREE), highlighted the importance of the training course in developing the knowledge and capacity of technicians and experts who are present during this week in Granada, especially in complicated and highly-specialized issues, as those imparted during the current edition which focuses on smart grids and the integration of RE projects. Mahmoud considers that “this activity is highly essential to meet future changes in energy integration in different countries. And so, I urge participants to make the best of this learning and discussion forum”.

The Executive Secretary of the Euro-Arab Foundation, Inmaculada Marrero, believes that it is a challenge, as well as a satisfaction, to be able to continue offering those training courses in our country, in Granada: “An interesting as well as important training, due to its highly-specialized theoretical and practical component which includes an academic program with technical visits to Siemens Control Centre in Seville and Smart City in Malaga”.

The representative of Andalusian Energy Agency, Maria Luisa Borra Marcos, has also participated in the inauguration. Borra highlighted the Agency’s activities and projects, as well as the Andalusian energy strategies for the periods 2007-2013 and 2014-2020. 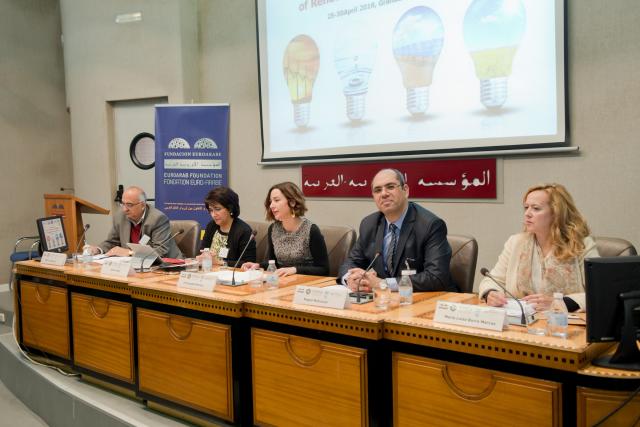 The training course imparts a highly-specialized program which aims to exchange experiences and knowledge in issues related to renewable energies and energy efficiency between Spain and Arab countries. As well, it imparts specialized training for technicians and officials and disseminate and promote this type of energies. 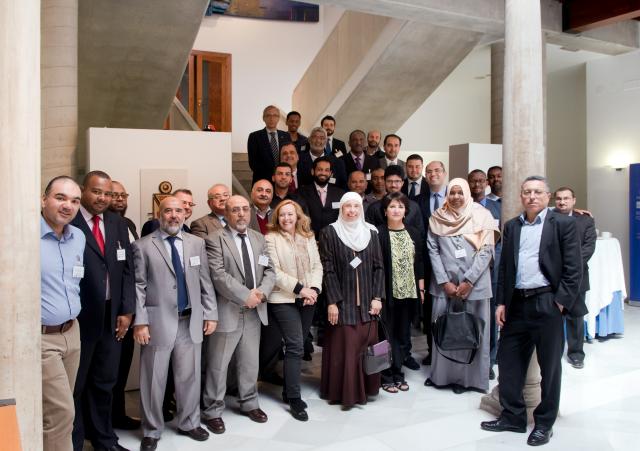 The training course is organized by the Energy Department of the League of Arab States, the Euro-Arab Foundation, United Nations Economic and Social Committee for Western Asia (ESCWA), the Regional Center for Renewable Energy and Energy Efficiency (RECREE) and the German International Cooperation Agency (GIZ). Moreover, the event includes the participation of several other entities, as the National Renewable Energy Centre (CENER), the Regional Ministry of Development and Housing (AVRA), Andalusian Energy Agency, Catalonia Institute for Energy Research (IREC), the Centre for Cooperation and Development Initiatives (CICODE) of the University of Granada, Solar Platform of Almeria, Malaga City Council, Endesa–Smart City Malaga, Techcorp Siemens and Energy Meteo. 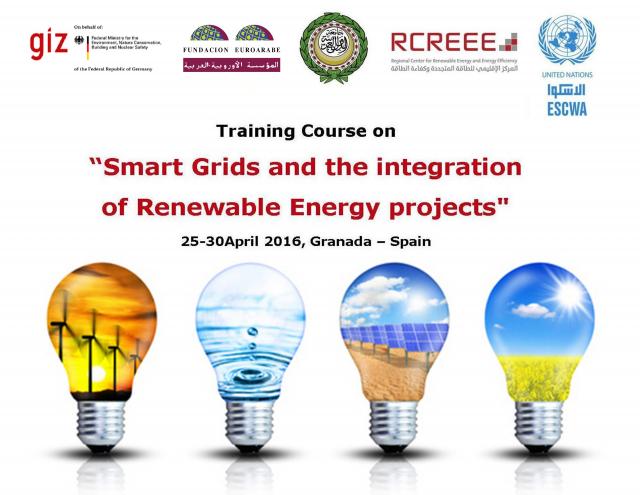 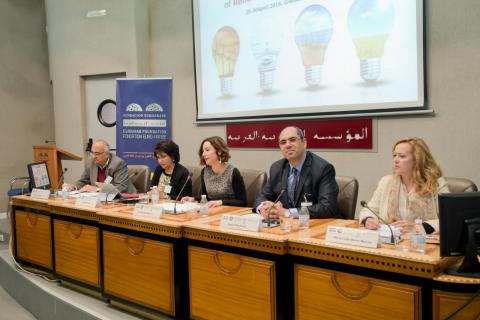